Who's a gal got to kiss around here to get a little SUCCESS?! 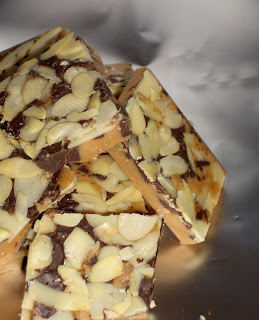 Yes, technically this is a spoiler: I did finally succeed.  But it's the journey, not the destination, that matters.
Yeesh, this week has been rough.  I planned on making caramels for the boyfriend's families, and you all know how that went down.  Then I decided on toffee, which I was promised could be "super easy," and lemon bars, which I've made a few times and had few problems with (jest you wait, 'enry 'iggins).  Now it's the day before my birthday, and we're leaving for the States in 3 days, and today was my last chance to get the gifts to the bf's dad, so things have been escalating for a while.  And the end result is that I'm exhausted, so I'll let the photos and captions speak for themselves.

It's a long-un, so just jump to continue.

I started with the toffee: 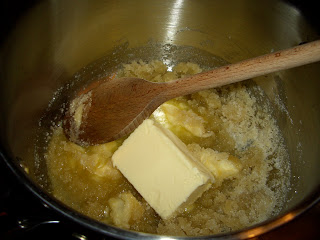 My first mistake was mis-converting the butter.  But I realized just in time and threw in another chunk. 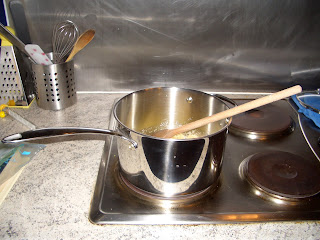 And I'd bought a good, heavy pan after the caramel debacle... 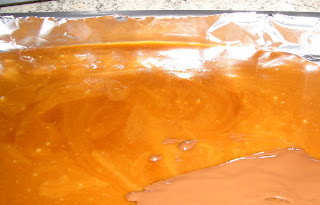 But it was all for nought; I scorched the sugar and you could definitely taste it (blasted conflicting reviews!) 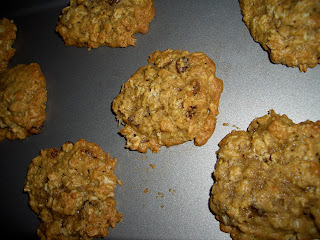 So I took a little mental break and made some yummy oatmeal cookies instead. 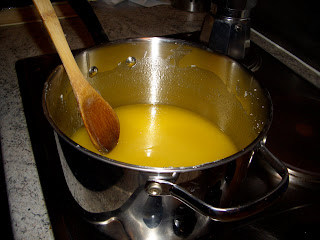 And when I got back in the saddle, I made sure to have my trusty assistant/bf there for moral support! 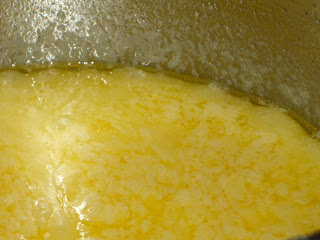 Which, unfortunately, didn't keep the mixture from separating...  but we pressed on.

And crossed our fingers as the toffee hardened (over chocolate and almonds) in the fridge. 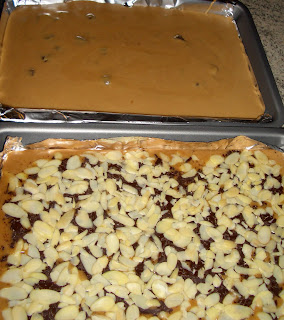 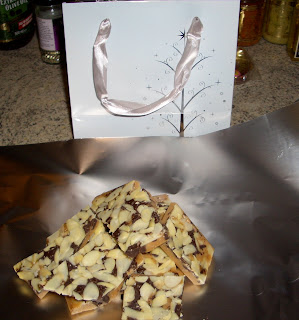 Of course, it was supposed to be a gift, but that doesn't mean we didn't sneak a shard... 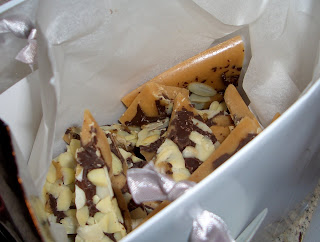 And it turned out to be as tasty as it was pretty!  Hooray!
After all that (I spared you a lot of the adjectives and colorful words), I thought lemon bars would be a snap!  I even found the recipe I'd liked in the past, from a book I'm too poor to buy, so I was really rarin' to go. 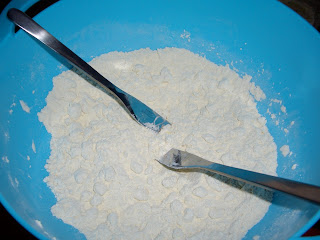 I'd conveniently forgotten that 'fine crumbs' are tough to make without a FOOD PROCESSOR! 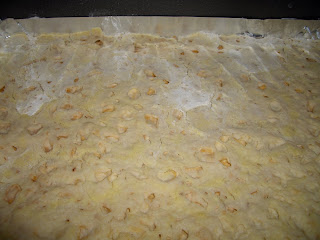 And when you have big lumps of butter, that translates to big craters in your too-thin crust. 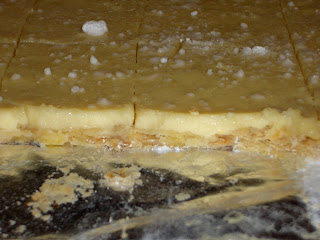 In the end, the filling was too thin as well.  Not terrible, but not gift-worthy.  Plus the sugar kept melting on top. 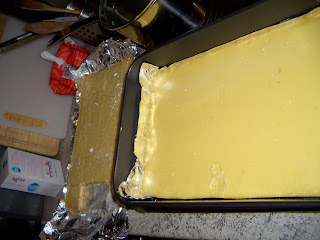 And so I began again, in the shadow of my earlier failure... 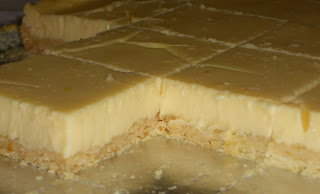 With the bf's help, I was able to get a better crust, and I doubled the filling to make a nice thick layer. 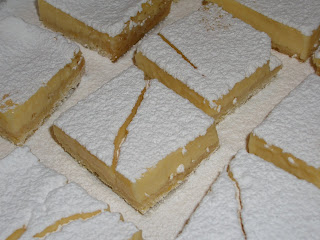 And they cleaned up real nice, too. 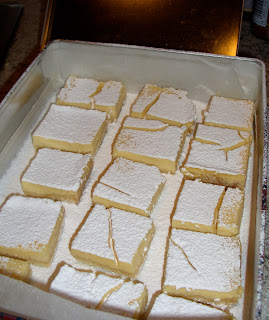 And looked so pretty in their prepared tin. 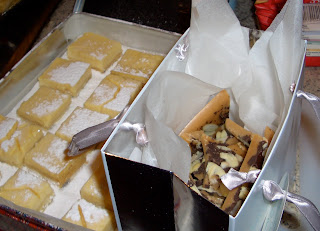 So in the end, I had some pretty nice Christmas gifts (despite a little melting...).  And a cranky disposition.
But the gifts are the important thing!


Mostly what I left out (out of laziness or for your sake, I don't know) was the dejection I felt every time something went wrong.  I'd spend hours putting something together, staying indoors all day, and then it would fail.  It was so disheartening, especially since making sweet things is pretty much the one thing I fall back on when I feel like a failure in other areas of life...  But enough of that.  Look how pretty! 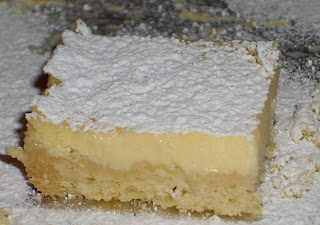