A Life in Seasons (Real Ones!) and Apple Cider Caramels 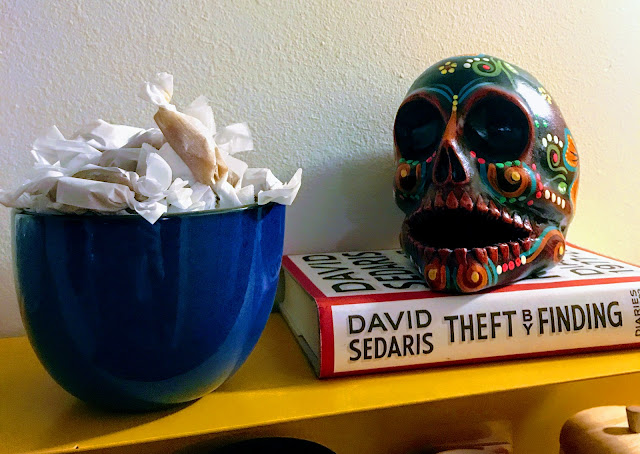 I was spurred to write this post by two things (the usual two): a big life change and a recipe I just had to share.

First, the life change: my boyfriend – now my fiancé – and I moved north up the coast, to Bellingham, WA. We're a couple hours north of Seattle and half an hour south of Canada and smack dab in the middle of a ton of natural beauty, plus we can afford a two-bed apartment! It's all very exciting. I can't even tell you how thrilled I was when the fall colors appeared on the trees: 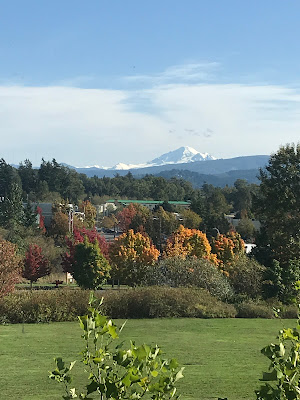 And then, last night, it began snowing, and when I woke up and peeked through the curtains the world outside looked like this!: 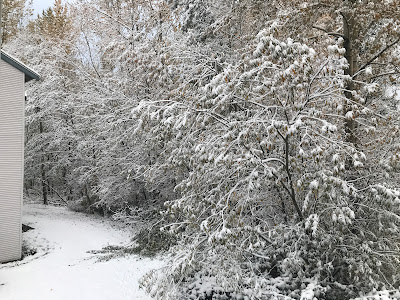 I actually shrieked and jumped on my fiancé, like a little kid who wakes up on Christmas morning and jumps on her parents to get them out of bed. I'm still giddy, hours later, every time I come into the living room and see this view: 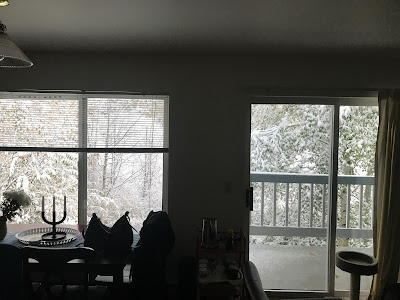 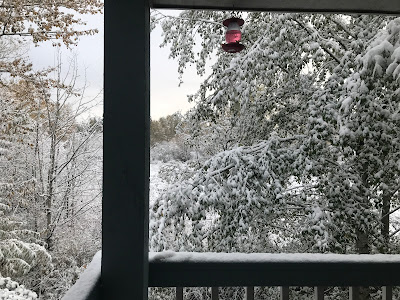 So, those are my big pieces of life news, now on to the recipe I couldn't not share!

I've always had issues with candy; I made a couple of the easier kinds when I lived in London, but after one giant failure where thermometers were concerned I gave up on the trickier stuff. Until last week, when I decided that drooling over Smitten Kitchen's recipes and paying too much for handmade caramels at fancy stores was no longer enough, and I determined to try to make my own. 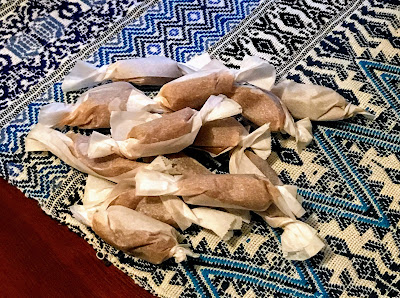 Well, reader, as you might have surmised from the photos: IT WORKED! I bought a legit candy thermometer and paid close attention to it and it was actually pretty easy! Until it came to cutting and wrapping them, which, you guys...that was majorly labor-intensive and sticky and just boring. 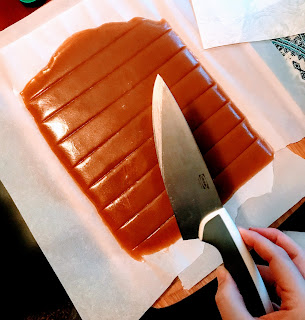 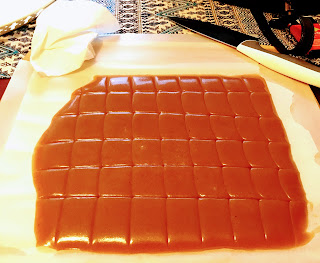 Worth it, though, because we have been eating these for days and we have neither finished them nor grown sick of their tart, sweet, sticky deliciousness.

This recipe is one for the archives, something I will probably make every year when the leaves turn and we carve pumpkins and watch Stranger Things (please let there be a new season every year forever). I made no changes, nor do I have any advice besides get you a candy thermometer. You can do it without one, technically (for help with that go to Deb's page, linked below the recipe), but I have failed with the ice-bath method before so I can't recommend it.

(For help with the difference between apple juice and cider, read Deb's notes on her site, or ask Ned Flanders)

Neutral oil for the knife

Keep boiling, stirring occasionally until the liquid reduces to a dark, thick syrup, between 1/3 and 1/2 cup in volume. This took me about 45 minutes.

While the cider reduces, prepare for the next steps, which will happen pretty quickly. Line an 8-inch square metal baking pan with 2 sheets of crisscrossed parchment, leaving overlap so you can pull the cooled candy out later. Set that aside and set up your ingredients:

Stir together in a small dish:
1/2 tsp ground cinnamon
2 tsp flaky sea salt (less of a finer one)


Once the cider is reduced, remove it from the heat and stir in the butter/sugars/cream mixture. Attach your candy thermometer and return the pot to the stove over medium-high heat. Let it boil until the thermometer reaches 252 degrees Fahrenheit, just a few minutes – don't look away for long!

When the thermometer reads 252F, remove the caramel from the stove, add the cinnamon/salt, and stir several times to combine. Pour the caramel into the prepared pan.

Let the pan sit out for about two hours (or less, in the fridge) until the caramel has cooled to firm.  Meanwhile, cut out about 50 4-inch squares of waxed paper (I used parchment but waxed paper would have been better).

When the caramel is ready – mine never really got firm enough until I refrigerated it, and in fact I had to keep sticking it back in between rounds of cutting – use the parchment paper transfer the block to a cutting board. Oil your knife with a neutral oil such as Canola, and be sure to re-oil it after each cut, then cut the caramel into 1-by-1-inch squares. Wrap each square in waxed paper, twisting the sides to close.

Deb says: "Caramels keep, in an airtight container at room temperature, for two weeks, but really, good luck with that." I completely agree ;)

Oh, and here are our pumpkins, for those of you who like to see stuff like that (as I do): 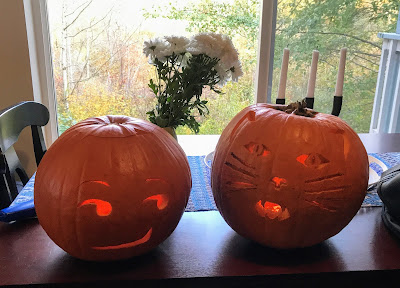