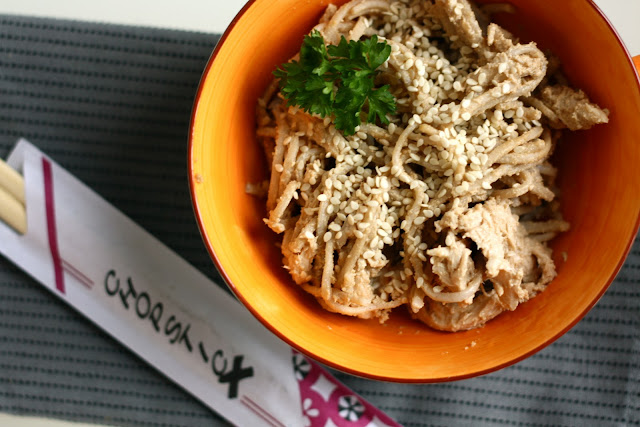 The BF and I are headed to New York this evening; I have a one-week layover on my way to a good friend's wedding, and he's coming along for the first two nights in one of our favorite cities in the world.  I'm so looking forward to it.  No work drama, no book stress, just pastrami and sushi and bagels and central park and wide sidewalks and all the other things I miss so much when I'm away from NYC.

One of the foods I crave heavily when I haven't been to the city in a while is cold sesame noodles.  If you've never tried them (and chances are if you've never been to New York, you haven't, as I've never seen them anywhere else), you should.  They're salty and peanutty and cool – a wonderful summer lunch dish, although I made these on a chilly day and they were just as satisfying. 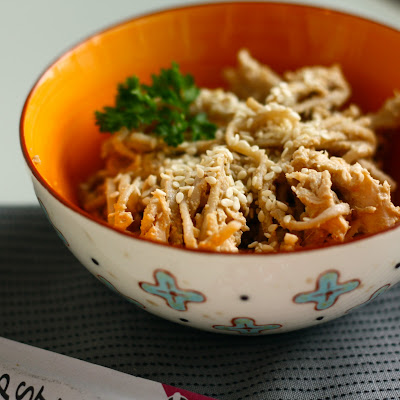 Now, a disclaimer is necessary here: I winged it (wung it?) with these.  I went by taste, rather than a recipe, and we didn't have absolutely everything to hand, so they're not perfect.  What they are is tasty, and a pretty good first attempt at a dish I'd never made before!  I'd definitely add more soy sauce next time (we ran out), and some chili oil, and maybe some more salt.  But this is certainly a good start. 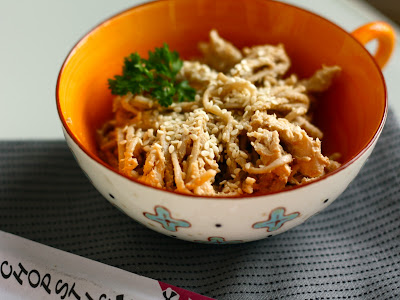 This is more of a rough guide than a recipe.  I'd suggest starting with the following ingredients and then using your tastebuds to tweak the sauce to your liking.

Cook two portions of udon noodles in boiling water (go according to your packet – mine took 4 minutes), then remove from heat, drain, and rinse with cold water.  Thin the sauce with a little hot water, until it's a good consistency for coating the noodles.

Toss the cooled noodles with the sauce (add some shredded leftover chicken if you want some extra protein – we had some roast leftovers and they worked quite well) and sprinkle with toasted sesame seeds. 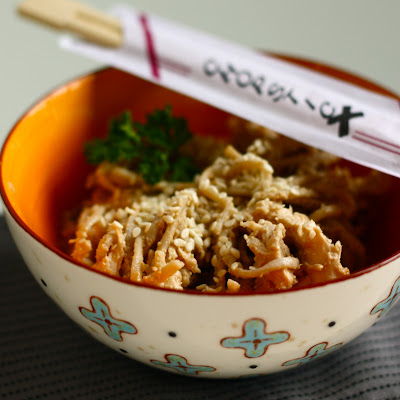