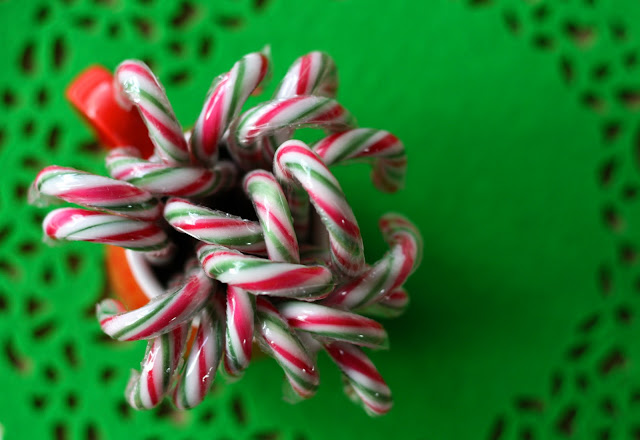 One of my favorite things about the holidays – besides the family time and vacations and trees and frolicking – has always been the limited-edition flavor combos that companies put out, usually involving peppermint and chocolate in some combination or another.  I used to hoard peppermint bark and mint M&M's and dark chocolate York patties for weeks, long after my stocking had been packed away in the cedar chest with the rest of the holiday decorations.  But, my love of chocolate aside, my absolute favorite treats were always pure peppermint.  And I wasn't alone.

My friend Rachel practically swoons over the mint M&M's every year, and my college roommate, Emily, and I used to go to the grocery store in St Louis (Schnucks!) every December and buy huge tubs of Dryer's (or, in the Midwest, Edy's) peppermint ice cream while it was still on the shelves.  We'd stick one or two gallons in the back of the freezer and pull them out for a scoop (or a naughty late-night spoonful straight from the carton) well into the warmer months.  It was one of my favorite flavors, so much more pure than mint chip, and somehow so exotic because it was only in the shops for a short time (unfortunately, I later discovered that one of my fave ice creameries in SF, Swensen's, does a scrumptious peppermint ice cream, year-round, but luckily parking around there is a nightmare so it still retains its rarity, and thus its charm). 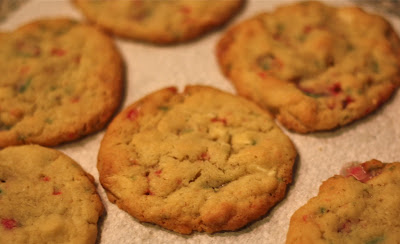 One thing I never really got into, though?  Candy canes.  I mean, I love them on trees, and I think they're very pretty, and they're certainly an essential part of the American holiday experience, but I never really eat them.  I have to have them around during Christmas, on the tree and in dishes and such, but then what do you do after the New Year has come, when the canes are still sitting around but the tree is long dead?  Sure, I'll eat one or two, but they're a bit cumbersome and embarrassing to suck on, unless you're alone.  So they languish in a pitcher or a drawer, waiting until someone (usually me) gets tired of seeing them, tired of being reminded of holiday fun that's now gone by, a mere memory in the bleak, dreary, leftover winter months...and that someone throws them out.  And then next year we do it all over again. 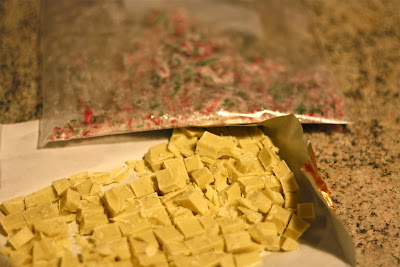 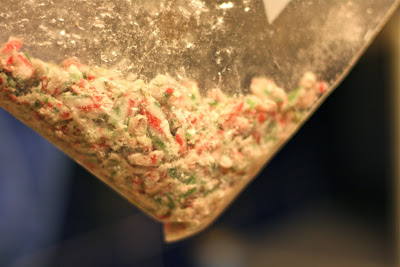 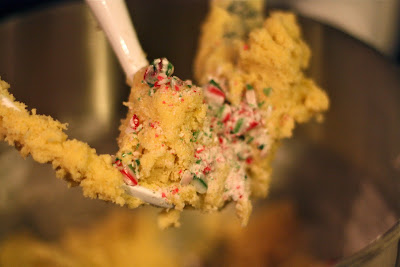 Well, this year I wanted to try something different.  I figured if I love peppermint so much, why would I throw out all these non-perishable, sweet, crunchy tubes of peppermint flavor?  Just because I don't like eating them on their own doesn't mean I can't eat them in something else!  So I bought a bar or white chocolate, pulled out an old sugar cookie card from my recipe box, and set to experimenting.  I crushed up the canes with a rolling pin (easier said than done, especially when you live in an apartment building with relatively thin walls and are conscious of making too much noise), chopped up the chocolate, and added a splash of peppermint oil to the dough.  Then, I baked, with my fingers crossed that I wouldn't end up with a gooey mess of wasted ingredients. 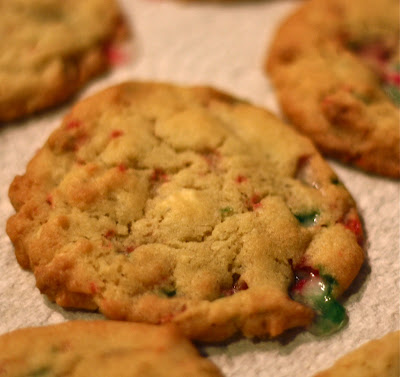 What I ended up with was gooey alright, but as the cookies cooled, the melted candy bits hardened again, this time into bits of chewy mintiness.  These cookies were unexpected, and the first bite made me (and the bf, and my friend Kristina) sort of hmmm rather than mmmm, but then I (we) kept on taking bites, and chewing, and the hmms turned into surprised and pleased mmms.  These little babies turned out to be kind of addictive – let that be a warning to you.  The mint is subtle, which means they don't risk tasting like toothpaste, and the white chocolate adds a sweet creaminess that balances out the coolness of the candy canes.  The chocolate is soft, the candy bits chewy, and the cookie base soft-and-chewy.  Basically: delicious. 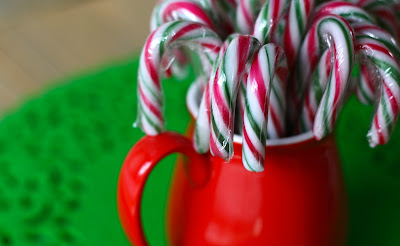 So if you've still got candy canes lying around, and you have a rolling pin and some aggression to work out (or a food processor), I highly recommend making these cookies.  If nothing else, it'll be a break from the ordinary and a little reminder of the good part of winter, while we all stare out into the grey abyss that is the rest of February and March! 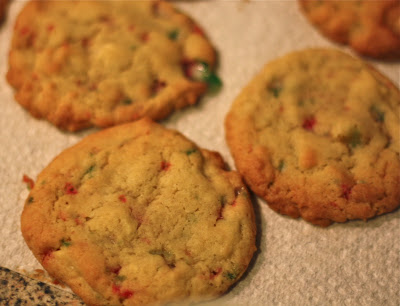 Add dry ingredients to butter mixture and stir just until combined.  Stir in:
6 candy canes, crushed into small pieces (but not all the way to dust)
1 large bar of white chocolate, cut into small chunks

Drop Tbsps of dough 2 inches apart on ungreased baking sheets and bake in preheated oven for 8-10 minutes.  Let cool a bit before eating – those melted chunks of candy cane will be very hot!
Posted by Anne at 14:41