Salted Brown Butter Rice Krispy Treats (or: I am a Baking Machine!!) 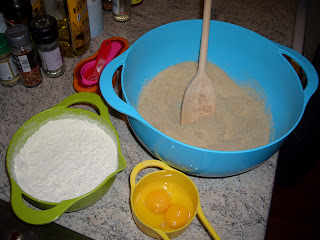 Story of my life.

So I've been baking up a storm lately. In the past week alone I've made pumpkin muffins (to use up the leftover pumpkin from the bread pudding, which was a big hit, by the way), apricot muffins (to use up the dried apricots I'd been meaning to eat for months), chocolate chunk cookies, and oatmeal chocolate chip cookies, and today I tried making mini pumpkin pies (an easy, portable way to educate my fellow MA students on the wonders of American food traditions) and these delicious-looking rice krispy treats from Smitten Kitchen. (By the way, I do realize that my photos don't hold a candle to the pics at SK or Bakerella, but in my defense I'm using a general-use digital camera from about 5 years ago, which is a good little machine but in no way compares to the real thing. Just sayin'.)

Anyway, I can hardly expect y'all to read about all those things at once, so I'll just post briefly about the rice krispy treats, and include a few photos of the other goodies (you have to see the cuteness of the minipies). Ok? Ok.


I've actually never made rice krispy treats, because I usually crave cookies or pie or something more exotic, but I like to eat them every now and again, and to be honest I can't resist anything that involves brown butter and sea salt. Of course, I've also never browned butter, so I was a bit cautious, but with a little help from my boyfriend, I turned out some very tasty (and a bit pink, thanks to the marshmallows) treats! 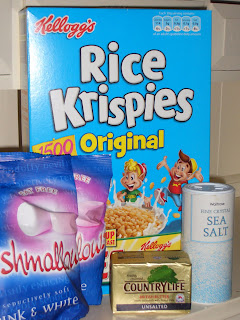 Gotta love a recipe with only four ingredients 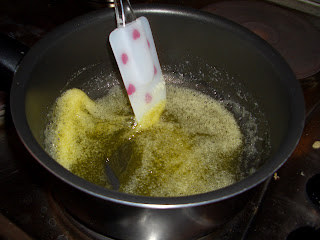 Mmmmm the butter is getting golden, soon it will brown... At first, I wasn't sure the marshmallows would melt well... 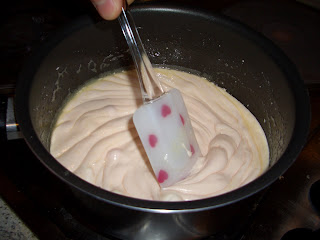 But they did melt, beautifully (helped by the pink color) 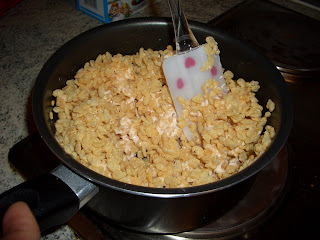 And then we added the rice krispies, which immediately started to crackle in the heat. 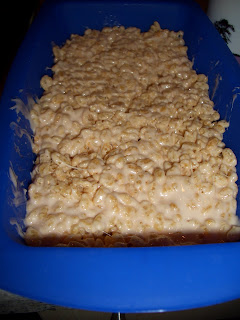 And pressed the mix into a pan, although I'm not convinced silicone was right
here (blasphemy!) because it didn't hold its shape super well...


This recipe was beyond easy. To be honest, it was all over so fast, I barely felt like I'd done anything at all! So of course I had to keep on keeping on, and give the mini pumpkin pies a shot. This involved, first and foremost, trying out the only pre-made pie crust I could find here: an all-butter, savory tart/quiche crust. Hmm.

Anyway I gave it a try, cutting out small circles with a glass: 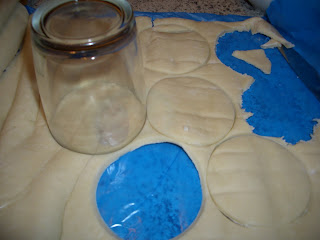 And molding them into little shells in the bottoms of cupcake pan wells: 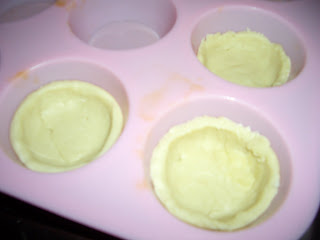 And adjusting the cook times a bit, and using maybe a 10th of the custard I made. But boy did they come out cute! 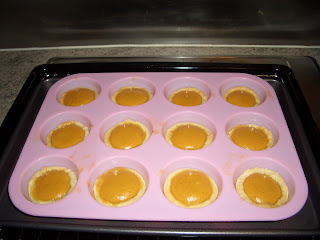 And delicious, too! My boyfriend ate nine of them! I'm on the fence about the crust, but the filling (a family recipe, the only real heirloom I have, so I'm not sure I'm ready to share it) is sooooooo good. Every Thanksgiving I remember just how good it is, and give thanks. Maybe I'll share it sometime, if I can get permission from the elders.

For now, though, I can share the recipe for the rice krispy treats (nicked, as usual, from SK):

In a large pot, melt butter over medium-low heat. It will melt, then foam, then turn clear golden and finally start to turn brown and smell nutty. Stir frequently, scraping up any bits from the bottom as you do. Don’t take your eyes off the pot as while you may be impatient for it to start browning, the period between the time the butter begins to take on color and the point where it burns is often less than a minute.

As soon as the butter takes on a nutty color, turn the heat off and stir in the marshmallows. The residual heat from the melted butter should be enough to melt them, but if it is not, turn it back on low until the marshmallows are smooth.

Remove the pot from the stove and stir in the salt and cereal together. Quickly spread into prepared pan. I liked to use a piece of waxed or parchment paper that I’ve sprayed with oil to press it firmly and evenly into the edges and corners, though a silicon spatula works almost as well.

Let cool, cut into squares and get ready to make new friends.

I think I might have to stop reading SK so often, or I'll seriously be made of butter. Of course, she does post healthy recipes, but I'm much less likely to want to make them...
Posted by Anne at 10:44